Narcissists Will Have You Believing You Owe Them These 6 Things 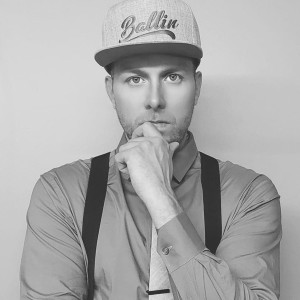 Narcissists Will Have You Believing You Owe Them These 6 Things

Someone displaying a high amount of empathy has heightened sensitivity to the emotions of themselves, surroundings and other people around them. But the real beauty of empathy is actions and not just feelings. An empath has the ability to bring oneself to the level of another individuals hurt, and help to heal them and cope from that pain.

On the opposite end of the spectrum you have the narcissist, and any relationship with a narcissist is a toxic one and by some strange force of nature empaths and narcissist are attracted to one another. The relationship between these to can be an extremely painful one as the narcissist believes an empath owes them everything.

They believe you owe them attention

As an empath you’ll be able to look at someone and pickup on emotion just by the expression on their face, words spoken or even mannerisms. It’s almost like you can feel all these different things through ones-self. Narcissists on the other hand are incapable of this mainly due to the fact that they are ignorant of everyone but themselves.

Empaths become extremely vital tools to the narcissist because they need you to read the emotions of others which often will lead to something horrible as the narcissist usually has plans for personal gain.

Another important thing to note is in relationships with narcissists they wont want you to pay attention to anyone else unless they authorise you to do so. This becomes extremely contrary to an empaths nature as they need to be interacting and helping people on their on terms.

Narcissists will take advantage of your kindness and genuine nature

Empath have a generally strong instinct in everything they do, and can clearly differentiate right from wrong in almost all circumstances. They are also very polite people and this isn’t just because they are being nice, it is the way they conduct themselves all the time.

This heightened sense of morality is what makes them genuine and but what also allows them to fall prey to narcissists. Only extremely conditioned empaths are able to pickup on narcissists right away, so if someone you know of empathy is avoiding someone it is usually for good reason.

Narcissists on the other hand will be doing everything for themselves, bad things, good things, and even acting nice all for the satisfactions of full-filling their own wants and desires.

They want you to give your insights about other people

Moments within meeting someone an empath can usually pickup on their intentions. This gut instinct kicks in and you can generally gauge if someone is good, bad or not all there within 30 seconds of speaking with them.

Narcissists abuse empaths in many different ways, one way being they will manipulate an empath into reading and judging situations for them. Furthermore if judgement turns out wrong you will also be the one who takes the blame.

Narcissists believe an empath owes them their sensitivities

Sometimes you will be made to feel too sensitive even though you do not feel that way yourself. You’re simply just going by what your heart wants, people may tell you that you’re soft. You need to disregard this, because your heart is where your strength lies and this is what separates humanity from humility.

In the eyes of the narcissist, empaths are viewed as weak. Hence making the empath the ideal target for them. They will play with your sensitives and sabotage the things that bring you the most joy in attempts to undermine you. But the beauty of this is that a narcissists mask always falls off. While an empaths genuine nature remains intact, if they can remain steadfast they usually will come out on top.

Narcissists will make you inherit thier own intended criticism

If a narcissist makes a mistake they will make you feel as if the choice was yours. Until you beat yourself up about it over and over. Narcissists play their role perfectly and in this case an empath is merely a chess piece.

As an empath you will will inherit this all, we tend to own everything even when the emotions and outcomes are not that of our own. Independently empaths already struggle to feel good about themselves and feeling at fault for alot they cannot control.

As an empath you already spend a lot of time alone, you may even be a loner and just like to think to yourself. More than most you do truly need that time to yourself. Even though you enjoy helping people there always has to be that time you take to buffer and to recharge.

Even though some may think you are ignorant sometimes for doing this, these are also very narcissist views. As explained above a narcissist thinks you owe them your time and attention, which is not the case.